Read my latest hope-filled inspirations on the blog below. I would love it if you would subscribe to my email list and be a regular participant in this community!

“Meanwhile, Peter followed him at a distance…” Matthew 26:58 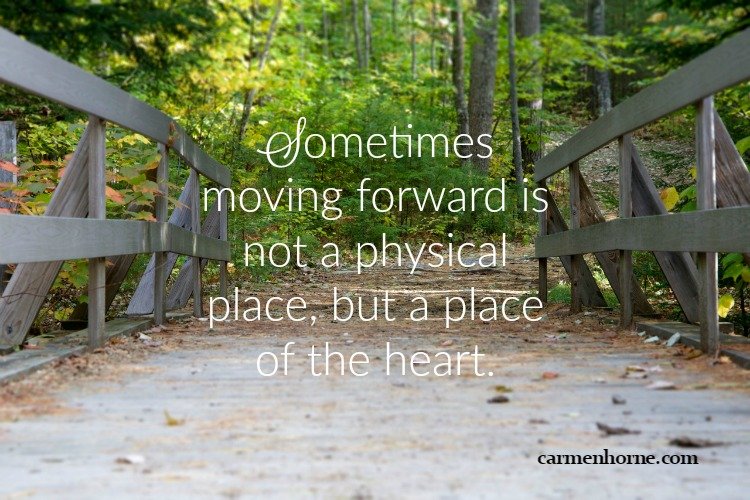 Do you like the idea of following Jesus, at a distance? It seems safer that way, doesn’t it?

All kind of craziness was happening in and around Peter. As the night unfolded, I can understand Peter’s confusion. This was not going the way he had hoped. I wonder when it became the most apparent to him that Jesus’ mission here was an inward revolution, instead of an outward show of power? Maybe, when he cut off the ear of Malchus, the high priest slave, and Jesus healed the ear and told him to put down the sword?  This could have been one of the first times that Peter really began to understand that the battle would be won, ” Not by might, nor by power, but by my Spirit, says the Lord of hosts.”1

The rest of verse 58 tells us that he went in, sat with the guards and “waited to see how it would end.”

Do you ever just want to sit this one out? I do. Like, me helping in prison ministry. I would really just like to leave that one alone. I really want to follow Jesus at a distance. Yet, when Christine Roseberry of InnerFaith Prison Ministry mentioned that most of the women they minister to in prison have lost hope, and you are a Hope Coach…yep. I received a bit more than a nudge that day.

Has the Holy Spirit nudged you to move forward – someplace that seems scary and out of your control? This could be someplace that is really not a physical place, but a place of the heart. Are you willing to take one step? I’ve taken lots of next steps in my life, and you have too.

We can do this.

This site uses Akismet to reduce spam. Learn how your comment data is processed.

The most important thing you can know about me is that I love Jesus with all my heart. Sitting in a church camp open-air sanctuary, the sounds of crickets chirping, sweat gathering above my lip and dampening the hair on my forehead, God, through the Holy Spirit, spoke to my young teen heart to surrender my life to Him. I did, and I am thankful beyond words for God’s saving grace. Not only for eternal life but for my everyday life. I need Him every hour.

Carmen Horne is the author of Out of Words: 31 Prayers of Hope for Your Hurting Heart and the companion journal, Finding Words: Writing from Hurt to Hope. Her newest book, Grace Maps: Our Journey Guided by God’s Grace, is coming soon!